Skip to content
The Inspiring Life of Charles McGee 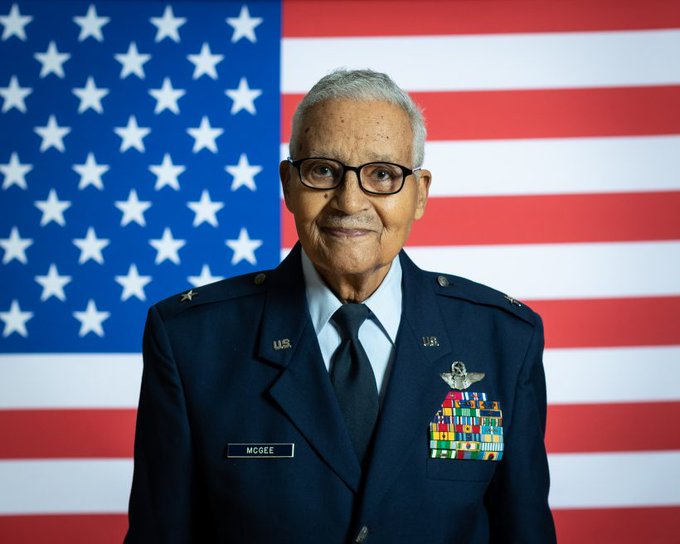 Who was Charles McGee?

On January 16th, 2022, Charles McGee finished his race at the age of 102!  Who was Charles McGee?  He was a US hero, a husband, a father, and a civil rights proponent.  Considering the many accomplishments of Charles McGee is staggering:

But McGee is probably best known for fighting what became known as a “Double Victory” campaign.  At war, he fought the Axis powers while at home he, and the other Tuskegee Airmen, were fighting for racial equality.  General McGee once said they were fighting for “equality of opportunity”.

One of McGee’s great-grandfathers was enslaved before fighting in the Civil War. Charles’ father was a minister and brought him to the Midwest where they settled in the Chicago area.  He graduated high school and was enrolled at the University of Illinois when he was drafted.  He joined the Tuskegee Airmen in 1942 and retired from the military as a colonel in 1973, after 3 decades of honorable service.